Subscribe:
Lifestyle
Simple cooking ideas to keep the grandchildren entertained and use up your Christmas leftovers during the school holidays. 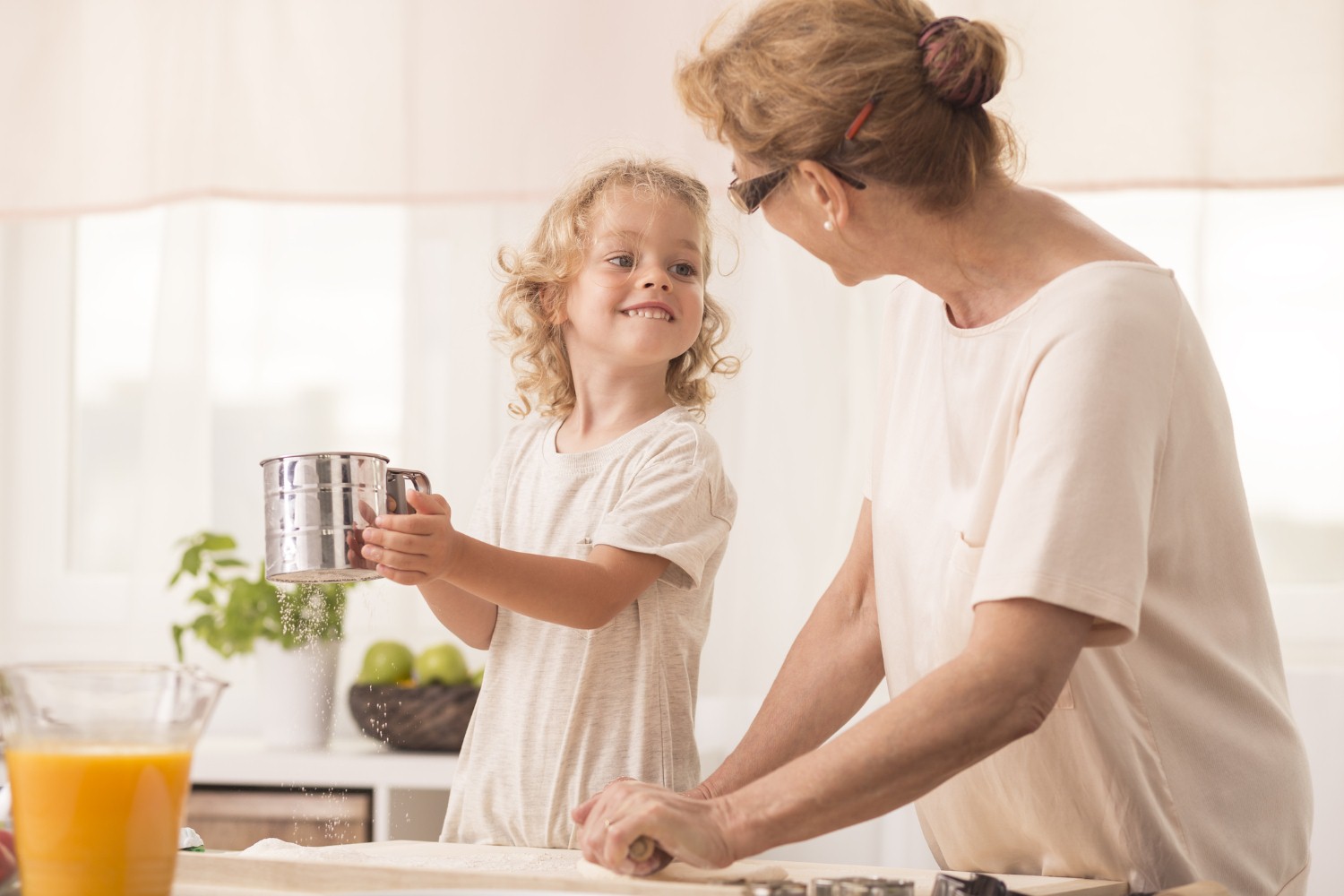 The fact that the school holidays are so much longer than working parents' annual leave entitlement has long been a source of frustration for parents in the UK. At Christmas time, most children get two weeks off from school, while the majority of parents will only be eligible to take off the bank holidays and maybe a couple of days of annual leave.

Often, this leaves grandparents looking after little ones. Indeed, research published by the University of Birmingham showed that grandmas and grandads have been instrumental in allowing mothers across the country to return to work. More than one-quarter (26 per cent) of working mums saying this wouldn't have been possible for them without the help of their own parents.

It's great for grandparents to spend time with their grandkids, but keeping them amused during the Christmas holidays when it's cold outside and you're conscious of them spending too much time in front of a screen can be a challenge, as can stopping them scoffing all of their selection box chocolate in one go.

The holidays can be a wonderful time to make memories together though, and teach them some valuable life skills at the same time. Make activities fun and they won't even realise it's a lesson and distraction tactic in disguise.

Here are our ideas for keeping the grandchildren entertained and getting rid of your Christmas leftovers (without simply feeding it to them!) all in one go:

Give grandkids their first cooking lesson

Most kids love the chance to help out in the kitchen, but it isn't always the safest place for them. However, if you've got leftover veg and meat from Christmas dinner that's already been cut up, you don't need to worry about little ones injuring themselves with sharp knives, so they could help you to make a tasty stir fry.

Make sure they're supervised at all times around the hob, but you can let them put leftover slices of turkey, along with carrots, parsnips and sprouts, into the pan before you turn the heat on. If they're tall enough to reach to stir, let them have a go, but otherwise just let them watch.

Get them to add in some herbs or spices, showing them how to measure out a teaspoonful, and talk them through how to boil noodles on the hob. Again, if they're old and tall enough to be trusted near the hot water, let them get a little more involved.

When everything is cooked through and the heat has been turned off, let them mix everything together in one pan. They'll love getting involved and mixing the noodles into the meat and veg, and encourage them to add as much soy sauce as they'd like to finish off the meal.

Explain each step as you go - they won't be bored, they'll love being the centre of your attention - and let know them that you're adding vegetables because it's important to grow up healthily.

At the end of your mini cooking lesson, they'll have more of an idea of how a meal is put together and will have learnt a little about healthy eating too - and, of course, they'll have something delicious to tuck into.

When they're picked up by mum or dad at the end of the day, they'll be so proud telling them what they've been up to, and you'll get brownie points for making sure they've eaten their greens and not just that selection box.

Get them to help with buffet preparation

If you're preparing for a family gathering while the kids are off school, getting them to help you with the buffet would be another good way to keep them occupied, teach them something new and also take a little of the workload off your own hands.

The grandkids will love feeling useful (and sneaking a little of the food as they work), so set them up with a pot of cocktail sticks and ask them to thread on cubes of cheese and chunks of pineapple or mini pickles, or even mini cocktail sausages.

Slice bread into triangles yourself and give your grandchild a selection of fillings that they can add themselves to make sandwiches. Ham, sliced cheese, tuna that you've mixed with mayo in a bowl already, sliced eggs and salad will all be easy enough for them to add themselves. Just maybe offer some advice on appropriate combinations first, so you don't end up with ham and tuna in the same sandwich…

Assembling canapes is something else that they could safely help out with. If you're making homemade pastry for your tarts, do this yourself first and give the cooled end result to the grandchildren. Otherwise, present them with a packet or ready-made tart cases, a tub of cream cheese, a spoon, a packet of smoked salmon slices and some sprigs of fresh parsley so they can make your canapes for you while you get on with the jobs that require the oven or sharp knives.

All of this will be ideal for keeping your grandkids entertained while they're off school - they might even enjoy it so much that they'll be begging to cook with you again next time you're looking after them.