3 sports to try if you enjoy bowls

Bowls is a great sport for people who want to be active or socialise. But it’s the not the only one out there.

“It's good for the mind and body to be involved in a variety of sports.”

Are you a bowls player interesting in trying another sport? We’ve picked three sports below that might tempt you if you’re already a keen bowls player, including some recommend by professional bowls players themselves.

Curling is a popular winter sport played on ice and closely linked to both bowls and shuffleboard. The sport originated in Scotland but is now most firmly established in Canada. 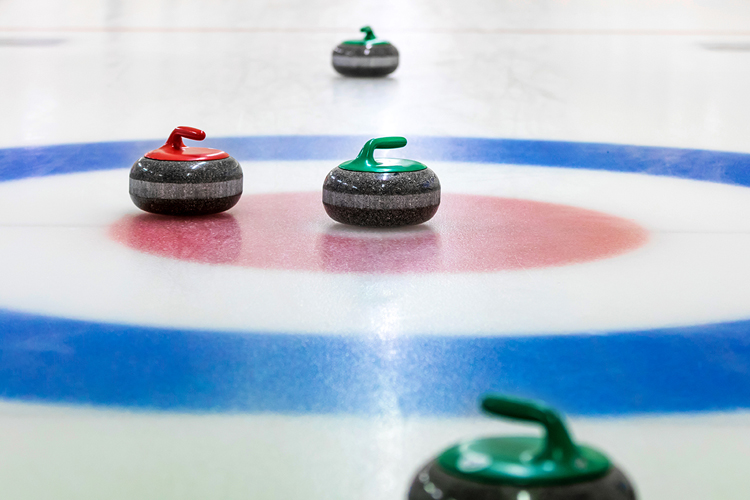 How to play curling

Two teams, each with four players, take turns sliding stones called rocks on a sheet of ice towards a target area called the house which is segmented into four concentric circles. Each team has eight stones, with each player throwing two. Points are scored for the stones resting closest to the centre of the house at the end of each turn.

The curler can induce a curved path by causing the stone to slowly turn as it slides, and the path of the rock may be further influenced by two sweepers with brooms who accompany it as it slides down the sheet, using the brooms to alter the state of the ice in front of the stone. Sweeping a rock makes it curl less, and decreases the friction that slows the rock down.

The team with the most points at the end of the game, wins!

If you enjoy a game of strategy, curling is a great test of your skill. A great deal of strategy goes into choosing the ideal path and placement of a stone for each situation, resulting in curling’s nickname of “chess on ice".

Strong teamwork is crucial to a game of curling. If you like playing pairs in bowling, you might also enjoy the camaraderie of curling.

If you enjoy colder weather and feel at home on snow or ice, but aren’t quite up for skiing or ice-skating, curling is a wonderful winter activity. It’s gentler than other winter sports, and great to play with friends and family.

Golf is a club-and-ball sport that, like curling, originated in Scotland. The sport is popular across a range of age groups but it’s a particular favourite of retirees, and it’s easy to see why! 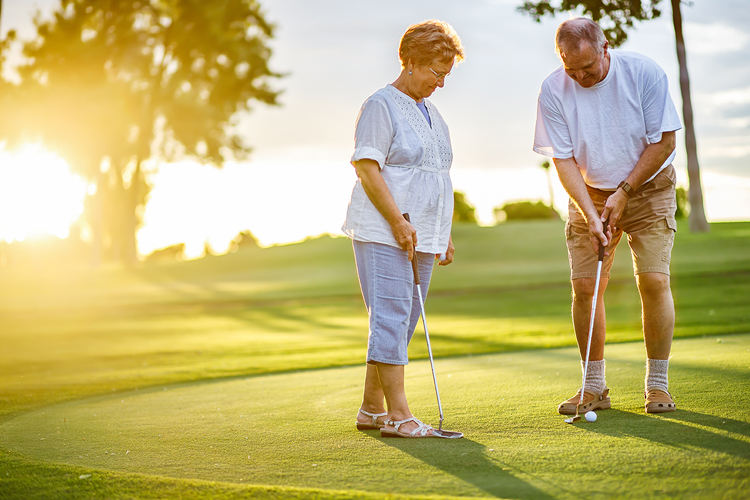 How to play golf

Golf is a sport in which players use various clubs to hit balls into a series of holes on a course in as few strokes as possible.

The game at the usual level is played on an 18-hole course, although recreational courses can be smaller. Each hole on the course starts with a tee and ends with a putting green containing the actual hole. There will be other standard forms of terrain in between, such as the fairway, rough (long grass), bunkers (sand traps) and various hazards (such as water or rocks). Each hole on a course is unique in its specific layout and arrangement.

Golf is a great way to socialise with friends and meet new people with similar interests. You can play with people of any ability thanks to handicaps, and golf clubs often provide ample opportunities to socialise off the course.

2. It’s good for your physical health

Golf is a fantastic way to get gentle cardiovascular exercise. Swinging a golf club strengthens your core and gives your muscles a workout. Plus if you ditch the buggy and pull or carry your golf bag around the course instead, you’ll benefit from an even better workout.

3. It’s a great way to enjoy the outdoors

As golf is played outside it’s a great opportunity to spend time outdoors and enjoy some fresh air. Courses at golf clubs are often beautiful green areas of natural beauty. Make sure to protect your skin and stay hydrated in the summer, and wrap up warm in the colder months.

Snooker is a cue sport which originated among British Army officers stationed in India in the 19th century. Today it is a popular pastime activity for people of all ages. 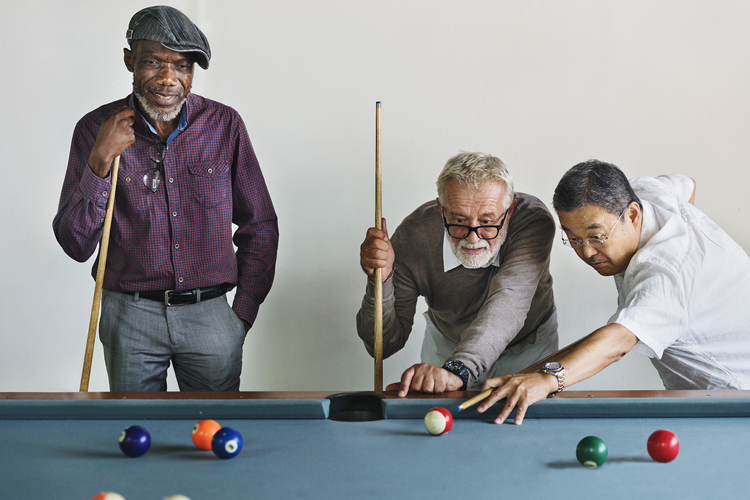 How to play snooker

Snooker is played on a rectangular table, typically covered with a green cloth, with pockets at each corner and in the middle of each long side.

Using a cue and 22 coloured balls, the aim is the pot the coloured balls in the correct sequence by striking the white ball (known as a cue ball) with the end of the cue. Players take turns to try and pot the balls. Points are accumulated for each pot.

There are a number of rules to follow, such as potting red-colour-red-colour until all red balls are in the pockets. There are also several ways to foul, such as failing to hit any other ball with the cue ball.

An individual game is won by the player who scores the most points. A match is won when a player wins a predetermined number of games.

1. It builds focus and concentration

Playing snooker requires a great amount of focus and concentration. Players have to be able to focus on their targets and aim their cue for the best possible shot. Playing snooker will improve your concentration, which is essential in achieving goals in all aspects of life.

3. It involves stretching and balance

Playing snooker involves far more stretching than a person would typically do in their day-to-day life, especially those under-arm shots! Having to bend across the table top to reach the cue ball and achieve the angle you want will help improve your flexibility and stability.

Other sports to consider

Other sports like darts, table tennis, croquet and pool are popular amongst many bowls players. They can all help improve your skill in areas that are transferable to bowls, such as hand-eye coordination and aim. They’re also great way to get gentle exercise, spend time with friends, meet new people and take part in some gentle competition.

Do you play bowls and enjoy taking part in other sports? Let us know on Twitter using the hashtag #JustBowls