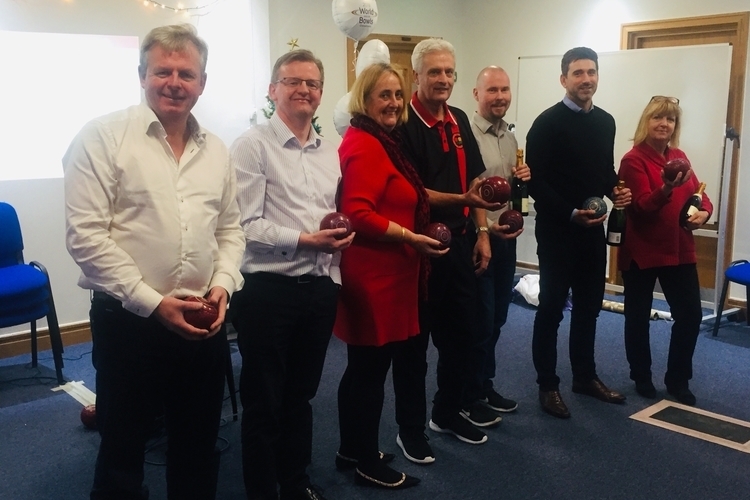 Just was honoured to be joined by former bowls World Champion Andy Thomson MBE this week for our first ever ‘Beat The Exec’ bowls tournament.

Just employees from across the business were offered the opportunity to take on members of their Executive Board in a game of indoor bowls. Andy Thomson, a former bowls World Champion, joined us to share his expertise and coach the players.

The event began with a welcome speech from Stephen Lowe, Group Communications Director at Just, and was followed by an introduction from Andy, who thanked Just for their ongoing sponsorship of the World Indoor Bowls Championships. Andy said:“I’d like to thank Just for their sponsorship. We, as a sport, appreciate it so much. Thank you.”

Following some coaching and practice shots, a qualifying round was held for the final match against the Executives. After this, the best players were put forward to try and beat the Execs in highly anticipated final round.

Commenting on the success of the event, Stephen Lowe said: “It was great to see everyone enjoying Indoor Bowls. Hopefully it gives some of our colleagues an idea of what it'll be like in January at the Championships. Although I think the scores in January may be a little higher than we managed to ratchet up at our small Exec vs colleague tournament."