Don't forget to keep active mentally as well as physically

Subscribe:
Health
Everyone's idea of keeping active is different - but it is important to stay fit and healthy by doing different things. 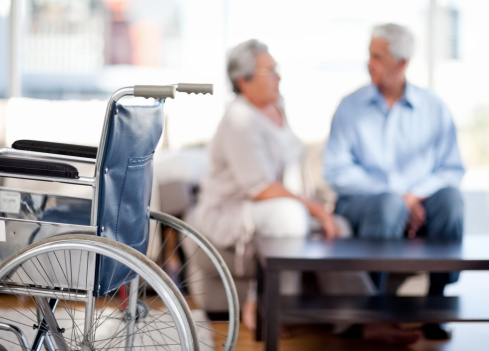 Most people have an idea of starting to relax a little more past the age of 50 - and deservedly so after so many years of hard work and saving.

However, no one wants to stop altogether, particularly given that those who stay active tend to live longer - as well as maintaining a higher quality of life.

While many will undoubtedly associate the idea of keeping active with physical exercise, it is just as important to remain mentally active.

The brain is a muscle like any other - and the more it remains unchallenged, the more it will begin to lose its once-sharp function.

Regular mental activity can help a person stay mentally healthy - and with this in mind we've come up with a list of tips.

What type of activity you engage in doesn't matter so much as always being willing to try new things. Finding a new hobby or pastime can help to engage the brain in different ways, regardless of whether this is alone or in company.

This can be something as simple as paying more attention to the lifestyle section of the newspaper and doing the crosswords and sudoku puzzles.

If you feel more creatively ambitious, you might want to try your hand at painting or drawing - and this is a great activity even for those who never previously considered themselves to be very artistic.

Arts and crafts in general can be a great way to improve hand-eye coordination, in addition to the creative fulfilment they provide.

Similar activities can be taken up with groups of other people - and these have the added benefit of keeping your social life in good health.

Board games and playing cards are things you might not have done since you were a child, but they can be great to pick up again - particularly if you have young grandchildren to connect with through the likes of Monopoly.

Recalling stories of your lives for the grandchildren's benefit is another means of keeping the mind active.

Over-50s playing bingo might be something of a cliche, but there's a very good reason for this - it's a good, simple brain activity to have to watch out for several numbers at once, and can be an entertaining social get-together with some friends.

For those who really want to commit to something that will take up a lot of their time, there is a whole host of hobbies and pastimes to commit to.

For instance, photography or modelling can take quite a bit of commitment in terms of time if you really want to get to grips with the artistic end of them.

Genealogy and scrapbooking can be very rewarding, as both involve a little bit of investigation or commitment to a particular topic. Something like collecting and selling antiques could bring a financial element to such activity.

Although the majority of physical exercises don't necessarily involve mental stimulation there are a few that do - especially dancing.

This can be as simple as dancing in your home after dinner, or as involved as learning new dance styles at community classes.

For those who feel up to it, Dance Dance Revolution could be another idea. While this arcade game is primarily aimed at young people, it does encourage brain activity and includes dance patterns.