Subscribe:
Health
New research from the University of New South Wales has found that weightlifting can have a positive impact on brain health as well as muscle strength among the over-55s. 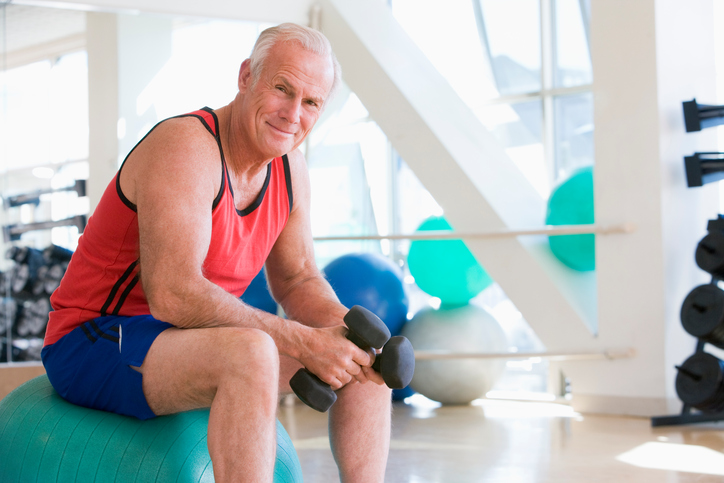 People who regularly exercise will be able to tell you how the activity can have a positive impact on your mood as well as your physical wellbeing.

Now it appears that certain characteristics of this truism can be verified, as Australian researchers have established links between improved brain function and certain kinds of exercise - and this is particularly the case among the over-55s.

Findings taken from the Study of Mental and Resistance Training and published in the Journal of the American Geriatrics Society reveal that people over the age of 55 with mild cognitive impairment (MCI) can improve their brain functioning with weightlifting.

The research was carried out by a team from the University of New South Wales Centre for Healthy Brain Ageing - with support from the universities of Sydney and Adelaide - and involved 100 community-dwelling adults with MCI aged between 55 and 86.

MCI is a precursor to Alzheimer's disease and is characterised by the experiencing of a noticeable reduction in cognitive abilities. This can manifest as memory loss, among other symptoms, although people living with the condition are still able to live independently.

For the study, participants were divided into one of four groups, with the first being given resistance exercise and computerised cognitive training.

The second were given training resistance exercise and a placebo computerised training that consisted of watching nature videos, while the third group undertook brain training and a placebo exercise program of seated stretching or calisthenics.

Those in the resistance exercise group were prescribed weightlifting sessions twice a week for six months and asked to work out to at least 80 per cent of their peak strength. The amount of weight they lifted on each machine was gradually increased to maintain the intensity at 80 per cent as they grew stronger.

According to the study findings, this showed that increasing muscle strength in this fashion also served to bolster cognitive function. This is significant, as it represents the first time a positive and direct causal link has been found between brain functioning and muscle changes as a result of progressive resistance training in older people with MCI.

Dr Yorgi Mavros, lead author of the study and member of the faculty of health sciences at the University of Sydney, Australia, said: "What we found in this follow-up study is that the improvement in cognition [mental] function was related to their muscle strength gains.

"The stronger people became, the greater the benefit for their brain," he commented.

"The more we can get people doing resistance training like weightlifting, the more likely we are to have a healthier ageing population."

"The key, however, is to make sure you are doing it frequently, at least twice a week, and at a high intensity so that you are maximising your strength gains. This will give you the maximum benefit for your brain."