Why not try some vegan recipe ideas?

Subscribe:
Lifestyle
You don't have to be vegan to enjoy meals free from animal products - and it can be good to add a few dishes to your culinary repertoire in case you happen to host vegan friends for a meal. 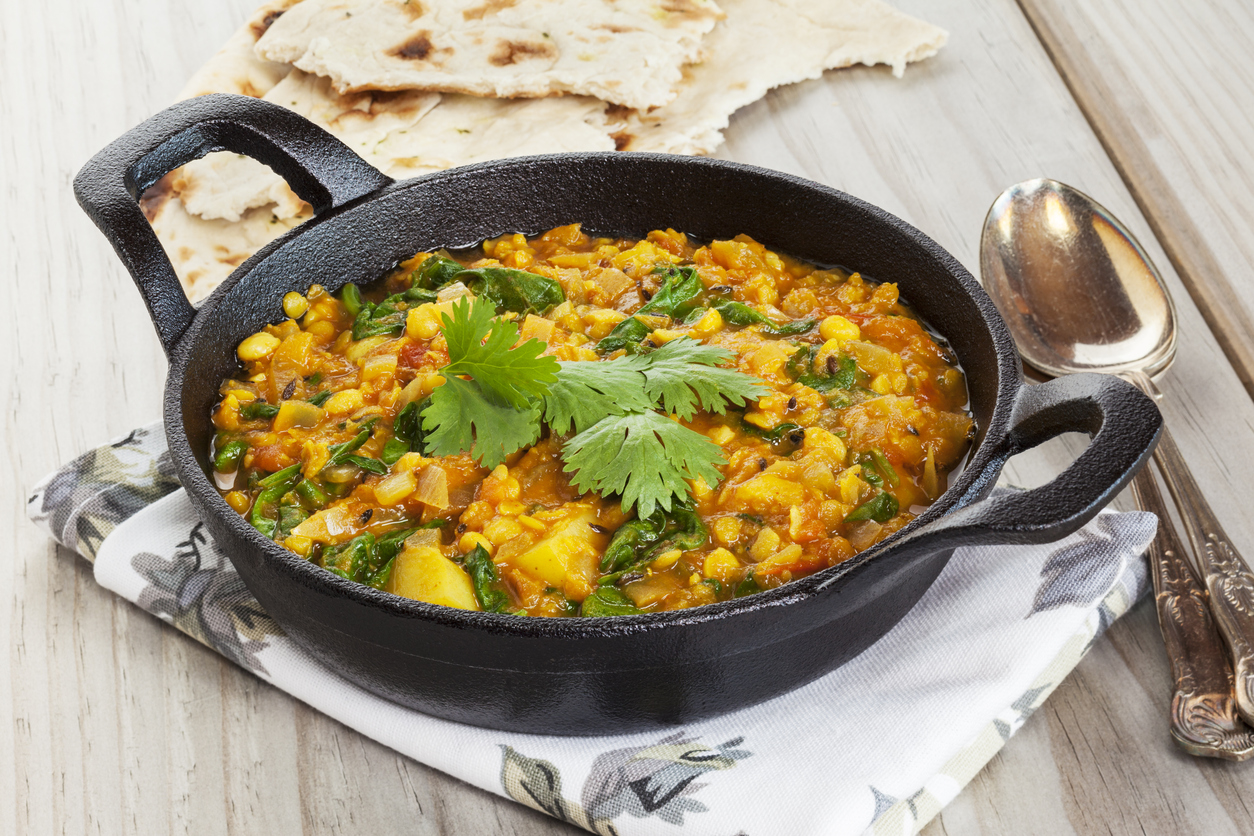 Cooking can be one of the great joys in life. It can be a therapeutic, extremely fulfilling experience with some delicious rewards at the end.

What's more, there are many health benefits to be gained from improving your culinary knowledge and making your own meals from scratch. If you want to protect your health as you get older, one of the most effective ways of doing that is by foregoing processed, packaged foods in favour of dishes you have made yourself using fresh, healthy ingredients.

If you are looking for some dietary changes that could have a really positive impact on your health, why not consider trying some vegan meals? The vegan diet is based entirely on plants and foods derived from plants, meaning that eggs and dairy products are out, as well as meat, of course.

This might seem like a major change if you are used to a regular diet, but one of the best ways to try it out is by diving in and preparing some tasty vegan meals. Here are a few recommendations.

Saga Magazine points out that there are more vegetarians in India than throughout the rest of the world combined, so Indian cuisine is a goldmine for vegan recipes.

A cauliflower, potato and spinach curry could be a good way to start, possibly with some rice and vegetable samosas as a side dish.

Curries are so flexible that you can throw pretty much any vegetables in with some herbs and spices and end up with a tasty end result. Just make sure you steer clear of yoghurt, ghee and paneer if you are giving veganism a go.

If you're worried that trying out the vegan diet will mean you have to miss out on some of those comforting, quintessentially British dishes, fear not. It's fairly straightforward to create a vegan shepherd's pie with mushrooms, leeks, carrots, butternut squash and a healthy helping of herbs for extra flavour, all topped with crispy potatoes.

Throwing in some garlic, smoked paprika, thyme, sage and vegan stock cubes can help to make this dish especially rich and flavoursome.

Saga offers this as a recommendation for people who want to try veganism but don't want to miss out on their traditional roast dinner.

A savoury mushroom and chestnut pudding, flavoured with a rich red wine sauce, garlic and tomato puree, could be the ideal replacement for your usual chicken or beef on a Sunday afternoon. Enjoy it with some potatoes roasted in vegetable oil.

Surely there are few dishes easier to throw together than a simple stir fry. Endlessly versatile, this dish offers plenty of opportunities for experimentation within the vegan diet.

Be extra healthy with brown rice and a selection of vegetables like broccoli, courgette and red onion, all cooked in extra virgin coconut oil. Fresh coriander and sodium-light soy sauce can add some flavour, while those with a strong palate might want to throw in some red chilli peppers.

Saga also recommends adding tofu, which can be bought pre-marinated from most supermarkets.

Just because you're being extra healthy, doesn't mean you have to miss out on the odd sweet treat.

If you're looking for a vegan dessert with just a hint of decadence, try a lighter version of the traditional sticky toffee pudding made with vegetable oil and unsweetened almond milk. Poached pears, cinnamon, orange zest and dates can help to give this dish a wonderful flavour, while vegan ice cream can be served on the side.

Giving some of these meals a try could introduce you to a whole new world of healthy eating and joyful cooking.