Why over-50s need to exercise to keep their minds sharp

Subscribe:
Health
A new study has shown that over-50s need to work out to keep their minds active, with gentle exercises such as T'ai Chi and yoga particularly suitable. 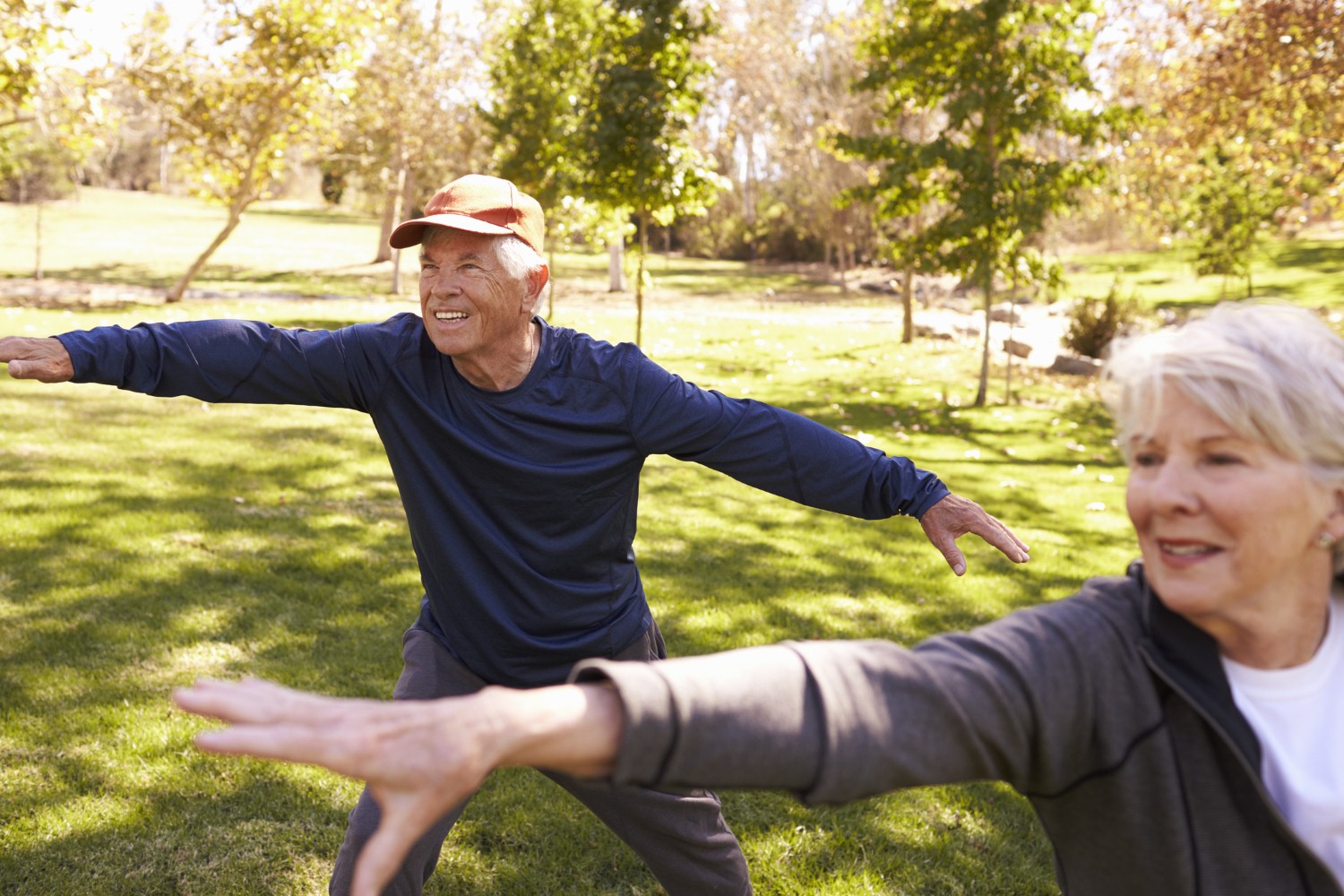 People aged 50 and over need to make sure they are taking part in moderate exercise several times a week in order to keep their minds active, according to the findings of a new study.

Researchers based at the University of Canberra in Australia found that exercise isn't just beneficial for the body as a person ages, but can also have significant benefits for the mind, beyond simply improving mental wellbeing, as it can help to boost memory function and assist in preventing the onset of dementia.

But why exactly is this the case? Can going to the gym really help to preserve a person's memory? And what types of exercise are best for over-50s who might not be as supple as they once were?

The science behind the study

The study, which has been published in the British Journal of Sports Medicine, saw scientists analyse the results of 39 previous studies that looked at the effects of regular exercise on both the mind and body.

This led them to observe that people's thinking and memory skills were markedly better when they exercised regularly, with working out the heart and muscles found to be particularly beneficial for boosting brain function. Exercising the muscles through an activity such as weight-lifting made people better at planning and organising, while aerobic exercise improved cognitive function, boosting reading, learning, reasoning and thinking skills.

Even in individuals who were already beginning to show signs of cognitive decline, exercise was still found to boost memory function, helping to slow down the onset of dementia and associated conditions such as Alzheimer's and Parkinson's disease. These effects could be seen after just four weeks of regular moderate exercise on average.

Speaking to BBC News, Joe Northey, one of the study's authors, commented: "Even if you are doing moderate exercise only once or twice a week, there are still improvements in cognitive function, but the improvements were better the more exercise was done."

And of course there are many physical health benefits associated with doing more exercise, with these including lowering the risk of obesity, various types of cancer, type 2 diabetes and heart attacks.

Scientists believe that when a person exercises and their heart begins to pump more blood around their body, more is directed towards the brain, including extra oxygen, nutrients and growth hormones that boost the organ's health and help to form new neurons and connections.

Justin Varney, leader of adult health and wellbeing at Public Health England, added: "Whilst every ten minutes of exercise provides some benefit, doing 150 minutes a week cuts the chances of depression and dementia by a third and boost mental health at any age.

"Doing both aerobic and strengthening exercises leads to a greater variety of health benefits."

With this in mind, what are the best types of exercise for over-50s to try out?

Gentle exercises to boost the brain

Some people are lucky enough to stay physically fit as they get older and are therefore able to hike, run, swim and attend gym classes and keep up with their younger counterparts. However, others are not so lucky and need exercises that aren't going to be quite as strenuous on their bodies, but that will still help to keep their minds sharp.

The study authors suggested that exercises such as T'ai Chi and yoga could be a good option for those who need a gentler option.

T'ai Chi is a martial art that has its origins in 13th century China and is still practised all over the world today. It involves a lot of deep breathing and flowing, dance-like movements, which can be performed at a slow pace. The main focus of T'ai Chi is on relaxation, but the stretches it involves also help to strengthen the muscles and improve physical fitness.

Meanwhile, yoga - another ancient art, this time dating from India some 5,000 years ago - also places a focus on relaxation and stretching, giving the muscles a workout, calming the mind and helping to improve posture.