Do you fancy the idea of living on under £200 per week when you retire? It's a very small amount of money to survive on, but that's the prospect facing you unless you make additional pension arrangements, either by setting up a personal pension or by being part of a company scheme.

Doesn’t everyone get a pension?

So if I get the state pension automatically, why do I need another pension fund?

This 2014 study suggested that most people who have paid off their mortgage when they retire, need around £15,000 a year to lead anything like a comfortable retirement – and that doesn’t include ‘disposable’ income to spend on luxuries or special events. This means you’re likely to need additional income from a personal pension to achieve this figure.

How do I know if my employer has a pension scheme?

If you haven’t been told about your employer’s pension scheme, that doesn’t mean there isn’t one. The government has set up a scheme where employers must start to enrol their workers in a workplace pension if they aren’t already in one. It’s called ‘automatic enrolment’ – so contact your HR department or line manager and do ask for details. If your employer makes contributions based on what you pay into it, you should try to pay in as much as you can afford to, to make the most out of the scheme.

Which pension should I get if I’m self-employed?

If you’re self-employed, you won’t have an employer paying contributions into a workplace pension for you. So you’ll need a ‘private’ pension, such as a personal, stakeholder or SIPP plan. Choose one that offers flexibility in the event that you are out of work for any period of time.

What if I’m made redundant?

If you have a workplace pension, you should find out exactly what type it is in the event you are made redundant. You can usually either leave your pension where it is and draw from it when you retire, or transfer it to a new pension scheme. This could be your new employer’s or you might decide to set up your own personal pension. However, it’s important to get professional advice when making these kinds of decisions, as not only could you be charged to move your pension – you could be giving up some of the benefits your current pension scheme offers.

Can I still pay into my workplace pension if I leave my company?

Some pensions are linked to you and not the company, so you can continue to pay into them. These include NEST, group stakeholder schemes and group personal pensions.

What if I have several pensions?

We all move around employers much more these days, so you may find that you’re signed up to more than two pension schemes over your working lifetime. That’s OK, but it could be worth consolidating your pensions to avoid paying too many fees to different providers. Again, if you do decide to transfer your pension pots, it’s best to speak to a financial adviser. This way, you can make sure you’re aware of any costs or loss of benefits.

What if I think I had a pension in the past, but don’t know where it is?

If you’ve lost track of your previous pension schemes – perhaps you’ve moved jobs several times over the years – it’s definitely worth trying to find out where it is. For workplace pension schemes, you should contact the employer in question. That company will give you the pension details so you can contact the provider directly. For personal pensions, try to remember who the provider was and give them a call and be prepared to give them as many personal details as you can. Alternatively, you can contact the pension tracing service.

Who should I speak to, to buy a pension?

It’s always worth seeking professional financial advice when you are looking to make a long-term financial investment such as a pension. Sometimes employers make financial advisers available where there is a workplace pension scheme, but if you don’t have a financial adviser and would like to talk to one, visit unbiased.co.uk. 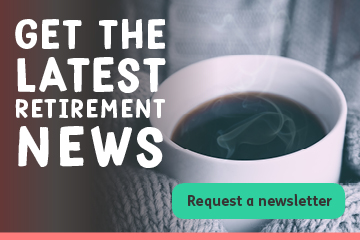